Having recently returned from the first Congress of the Society of Urban Ecology, I can report that there was a lot of talk in the plenary sessions about the nature of cities-suburban-exurban areas as systems.  In particular, it was emphasized that they were “hybrid” systems, incorporating social and biophysical components and the interactions that involve both these kinds of features.  The attendees seemed to be rather excited by the terminology of hybridity.

One advantage of the idea of hybridity of urban areas is that it avoids the conceptual distinction of human or social on one hand, and natural or biophysical on the other.  The label of “coupled” human-natural systems, while attempting to point to connections, still maintains that there are these two kinds of systems that might be separated.

The idea of hybridization may in fact be a better choice than system coupling for C-S-E areas.  A hybrid in the biological sense cannot be taken apart.  The genotype and the phenotype seamlessly combine the characteristics and features of the two parents.  There is no way, for example, to take the horse or the donkey out of the mule.

So cities may usefully be thought of as hybrids.  There is the intent and use for human wellbeing, delight, and productivity as one parent, and the sometimes subtle processes of nutrient transformation and retention, the biological activities in soils, substrates, streams, and pipes, and the behavior, distribution, and reproduction of feral and volunteer plants, animals, and microbes on the other.  While the engineering and architecture of urban systems seem to be traditionally designed and operated as though they were purely built systems, in fact, they embody both intended and unexpected biology.  The supposed purity of the built and the biological parents of our urban systems is a myth, and a reality that cannot be maintained.

An example of the hybridity of cities is found in the large, but nearly invisible transfers and cross-contamination between supposedly distinct components of the flux of water.  Biology and the natural world might reasonably be able to claim the streams that run through and adjacent to cities, while built infrastructure might claim the water supply pipes, storm drain systems, and sanitary sewers.  In reality, these seemingly different pathways of the flow of water are surprisingly interconnected.  Leaks from the pressurized water supply pipes end up in the surface streams, or in the loosely sealed ceramic tile pipes of sewers.  Similarly, the unsealed joints of ceramic tile pipes of many older sewers release fouled water, loading bacteria, nitrates, phosphates, and pharmaceuticals, among other contaminants, into streams and ground water.  Some of this contamination enters storm water pipes where it will not be treated.

Similarly, the entanglement of human decisions, people’s wellbeing, and the structure and workings of the environment, including biological and built components, is irrevocable.  Speaking in terms of hybridity is a more powerful metaphor for the kinds of successful models and understanding of urban systems than coupling distinctly human or natural models.  Urban areas – those spatially heterogeneous but highly interlinked mosaics of city, suburb, exurb, and rural – are “just” systems.  The integration required by the concept of system as an entity comprising interacting parts is already a good enough.  Still, the label of hybrid reminds us of something important about the urban realm.
Posted by Steward Pickett at 3:14 PM 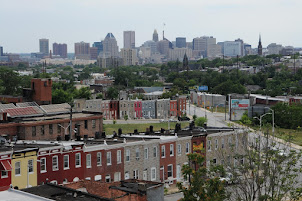